Home > Investor Relations > To Our Shareholders and Investors

To Our Shareholders and Investors 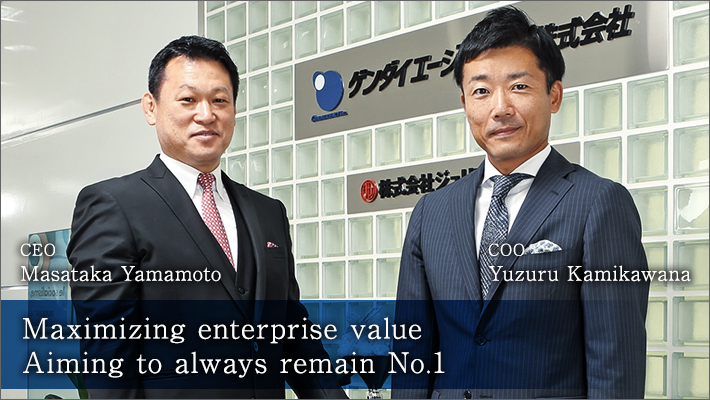 I would like to sincerely thank all of our shareholders for their continued support and patronage.
I am pleased to report the financial results for the fiscal year ended March 31, 2021.

During the fiscal year, although the Japanese economy briefly recovered due partly to measures to prevent the spread of the novel coronavirus, the outlook remains extremely uncertain owing to the current increasingly serious resurgence of infections.

Companies in the pachinko parlor industry, the Group’s primary clients, faced an unprecedented situation with the majority of parlors having to temporarily close in response to government requests to do so following the declaration of a state of emergency on April 7, 2020 (initially covering seven prefectures then expanded nationwide on April 16). This situation continued until the incremental lifting of the state of emergency from mid- to late-May, and had a significant impact on pachinko parlor operators. Further, pachinko parlors throughout Japan refrained from advertising aimed at attracting customers from March 2020 in response to the pandemic, and demand for advertising services declined markedly as a result. Pachinko parlors gradually resumed advertising from June, however, with the pace of resumption varying by prefecture. In July there were signs that activities aimed at attracting customers were beginning to normalize and demand for advertising services began to recover. However, the impact of the pandemic became protracted and advertising demand once again rapidly declined following a second state of emergency declaration in January 2021, which led to customers refraining from visiting parlors and operators curbing or refraining from advertising activities.

Amid such a business environment, the Group’s mainstay advertising business drafted and proposed a range of advertising plans aimed at prominently promoting how best to use parlor facilities safely during the pandemic in response to the changing needs of clients as well as general consumers. We also prioritized efforts to acquire new customers in fields other than pachinko parlor advertising.

In light of the above operating results, the Group has regretfully made the decision to forego the payment of dividends for the fiscal year ended March 31, 2021, since it has judged that priority needs to be placed on securing funds in hand as cash flow is trending negatively following the considerable deterioration of the business environment due to the impact of pandemic.

During the fiscal year under review, demand in the pachinko parlor advertising market declined dramatically due to nationwide moves to suspend advertising aimed at attracting customers from the beginning of the fiscal year until mid- to late-May. Given that there was virtually no demand for advertising targeting general consumers, earnings opportunities were primarily limited to displays concerning novel coronavirus prevention measures, etc. for use inside parlors and recurring billing-type internet-based services. Advertising demand subsequently picked up as major corporate clients resumed advertising activities in June 2020. However, despite the recovery from the latter half of the fiscal year, demand only recovered to roughly 80% of normal levels. The impact of the pandemic also caused advertising demand to remain sluggish in the fitness industry, a focus of our activities aimed at nurturing new business outside of pachinko parlor advertising. The segment faced harsh business conditions throughout the fiscal year under review as advertising demand once again plummeted following a further state of emergency declaration in January 2021.

Under such circumstances, the Group developed a system to ensure the stable provision of necessary services in the pachinko parlor advertising field following the shift to teleworking. Following the resumption of our clients’ advertising activities, the Group drafted and proposed a range of advertising plans aimed at prominently promoting how best to use parlor facilities safely during the pandemic. We are also working to expand sales of video advertising services in recognition of the fact that the digitalization of advertising is set to accelerate yet further. With the sharp decline in advertising demand from operators of pachinko parlors and fitness facilities during the fiscal year, expanding revenue earned in other fields has become a pressing issue. We are therefore working to acquire new customers in other industries, with focus on customers located outside the greater Tokyo area. In addition, we are pursuing initiatives to reduce indirect costs throughout the advertising business including the consolidation of sales bases and the introduction of new working styles for employees.

During the fiscal year under review, the Group temporarily reduced the rent on land in Kashiwa City, Chiba Prefecture, held by consolidated subsidiary Land Support Inc. because the tenant suspended business operations following the declaration of a state of emergency. The business posted ¥10 million in brokerage commission revenue from the transfer of lease brokerage properties.

During the fiscal year under review, the campervan rental business operated by consolidated subsidiary Zealnet Inc. is seeing a recovery in the number of orders reflecting the rise in demand related to outdoor recreational activities amid the pandemic.

As a result, net sales in the Other segment totaled ¥7 million (down 88.8% year on year) and segment loss came to ¥10 million (compared with a year-earlier loss of ¥154 million yen).

The significant year-on-year change in Other segment results is primarily due to the removal of GDLH Pte. Ltd. from the scope of consolidation through the transfer of shares in the subsidiary, which operated the contract-based casino operation business in Southeast Asia.

The Group will ceaselessly pursue enhancement of the added value and productivity of its advertising services in the mainstay pachinko parlor advertising field and work to maximize profitability despite the adverse business environment. At the same time, the Group will continuously seek out new business opportunities and proactively work on business development to avoid excessive dependence on any particular industry and diversify its revenue sources in order to achieve sustained growth for the entire Group.

The main strategic issues to be addressed in order to achieve sustained growth are as follows.

As we work to maximize our corporate value, we will disclose information to all of our shareholders and investors in a proactive and timely manner and follow a policy of providing returns to shareholders that reflect our business performance.
We look forward to your continued understanding and support.